Various bits of geekery to help you navigate your web world. 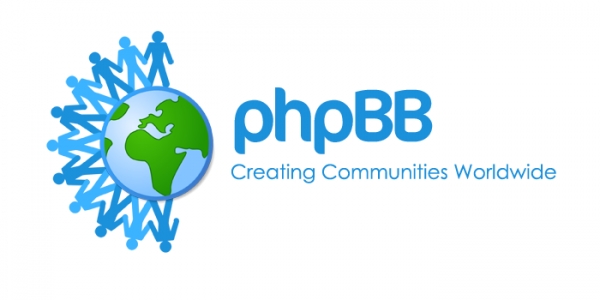 Today was an interesting day.  It's that old story, for want of a nail....

Currently I'm playing a nice little combat game called Battle Bay and I seem to have inherited a guild.

What is a Fitness Band?

A fitness band, in it's simplest incarnation, is a pedometer you wear on your wrist instead of on your belt and it doubles as a wristwatch.  As you'll see, in more elaborate incarnations they can take on the role of diagnostics instrumentation for your body.

This is where it all started.

The origins of the 10,000-steps recommendation aren't exactly scientific. Pedometers sold in Japan in the 1960s were marketed under the name "manpo-kei," which translates to "10,000 steps meter," said Catrine Tudor-Locke, director of the Walking Behavior Laboratory at Pennington Biomedical Research Center in Baton Rouge, La.

Here's how that comes about.  An average adult in the US walks about 4-6 steps a day.  I get that pacing about the home office and whatnot.  Here's what I didn't know up until I looked into this.  Motions that don't make you "break a sweat" still count as exercise in some ways.  For instance, they still burn calories and they still make your muscles work.  They won't do much to enhance your capability, but they will do a lot to prevent further degradation from a sedentary lifestyle.  After doing my normal thing of constructing tortuously elaborate spreadsheets I have calculated my calories per pace at 0.038 calories.  It doesn't sound like much, but when you multiply that by 5000 you get 190 calories burned.  By walking 10000 steps that's another 190 additional.  Over the course of a week that's about 1400 calories or 1/3 lb in fat loss.

By getting off my ass for another 5000 casual steps I burn 1/3lb a week of fat.  In the end, it's not a hard concept.  It's just another way to say, "Don't be so sedentary" but this time it comes with a specific goal attached... 10k steps.  That leads us to:

That's a long-winded and geeky way to say, "make life fun like video games".  In the case of the fitness bands, what they do is give you a simple goal -- walk 10k steps.  Then they give you some way to see your progress towards that goal and a reward when you achieve it... a little happy face... a buzz on your wrist, whatever.  The point is you get rewarded for success and human brains like that sort of thing.  It's the same little reward you get when you check off a todo item in your task manager.  This is the ultimate goal of fitness bands.  Anything beyond this is smoke and mirrors unless your product says "Garmin" on it and cost a few hundred dollars.

Fitbit was the company who actually pulled this all together into a usable fitness band that was reasonably high quality and came with good software and a good software ecosystem.  Not only do the various fitbit devices track your step count they also work (mostly reliably) to sync that count to your phone or computer and, from there to the fitbit community and beyond.  Being able to sync into the larger data world becomes important for those who want more than just to "get fit".  If you want to lose weight, you'll need to track what you eat AND what you burn.  The best site by far (in my opinion) for doing so is MyFitnessPal.  Fitbit syncs it's steps (and associated calorie counts) into MFP so that you can see at a glance how much you've eaten, how much you've burned, and how many calories you still have to go.

On the day shown, my initial weight loss goal was to eat 1570 calories.  By mid-afternoon I had eaten 614 calories and exercised 469 calories for a "net eaten" of 145.  And right there is another gamification reward you get for your stupid little fitness tracker lighting up with steps...  If I wanted to, that 469 calories is enough for a bacon double cheeseburger at McDonalds.  Your reward is food (or additional weight loss if you so choose).

For me (a numbers guy) there's another reward and that is knowledge.  For the first time I feel like I'm running a diet and health plan for myself and my wife and I actually know, with some reasonable degree of precision, what's going on.    The actual results are clearly visible in our newly baggy clothes and newly tight thighs.  The washboard abs of my dreams still elude me but hey, it's only been three weeks!  But you know what?  My belly is just starting to hint that perhaps there's something washboard-ey under there.

The last bit of overview is to talk about Garmin's products because honestly, that's pretty much what all the cheap fitness bands claim to do.  The difference is that the Garmin products actually do it.  By the time you've dumped around $600CAD into a fitness band you've got a system which is really capable of measuring your body fairly accurately and reporting out all manner of things including recovery rates, stride optimizations, workout goals, and it goes on and on.  The Garmin units are able to do all this because they use a LOT more sensors (typically the wrist device, a chest band for heart rate measurements, and a "foot pod" for stride information.  This is what you buy when you are serious about training for something like a triathlon and you have money to burn.  These devices aim to do what an Olympic coach would do and, with limitations, they do a pretty decent job of it.

In case you hadn't heard, everything is manufactured in China nowadays.  That includes fitness bands.  These devices range from $13 CAD to about $50 CAD and, for the most part, will all do what you need (step count) from the hardware level.  It's the software that almost all of them fall apart on.  Before I link to the individual reviews, I want to go over the list of features you'll commonly see and my impression of them:

Beyond here it gets very sketchy:

What you will find, like me, is that all the units do pretty well at the first 5 items and whatever they do with the last 4 hardly matters since the accuracy simply isn't going to be there.  Where they live or die is in software.  Accordingly, you can save money on the fancy features that probably won't work well anyway and just focus on getting a cheap fitness band with good software.  This is why I think there are only 3 prices for fitness bands:

$25:  I'm enough of a geek to figure this out and I don't need the FitBit community.  I can work with the MyFitnessPal community instead.  China is your friend.

This is a sample article.

I have applied the "Clear Float" style to this paragraph.  See how it has pushed down below the image which was floated to the left?

I also applied the "Text Center 33%" style" which put it in this blue box.

This is the "Text Right 33%" style which, as you can see, floated this paragraph to the right one third of the screen. 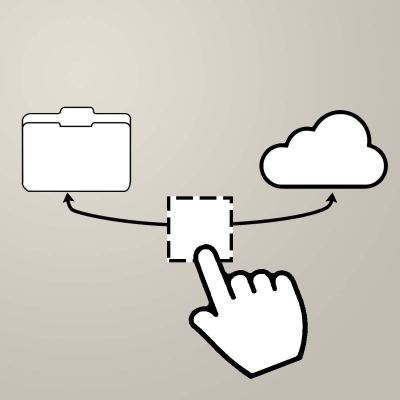 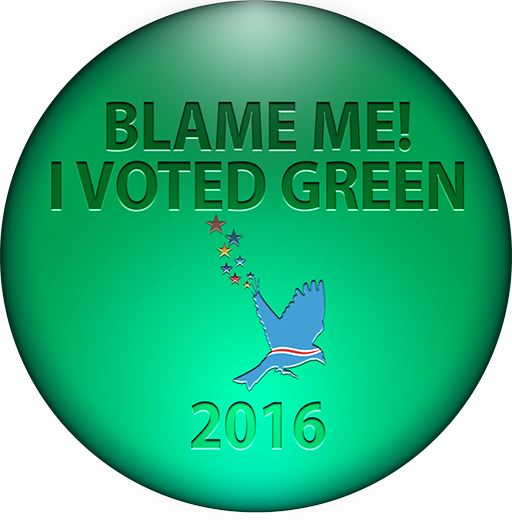 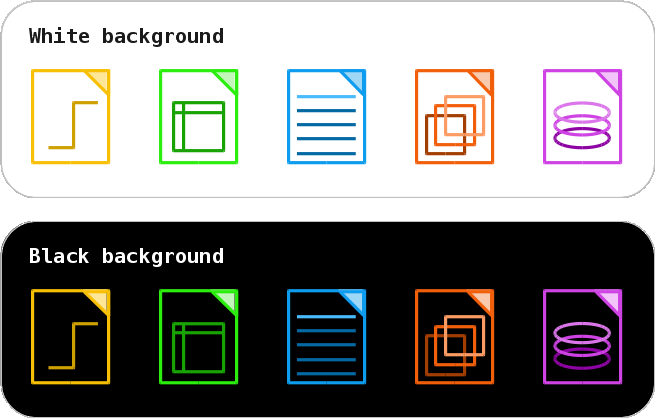 OK, so this is interesting.  Here I am with a new editor called "Drop Editor".  It comes with some other tools called "Drop Pics" and "Drop Files".

Drop Pics, as it's name implies, allows you to drag & drop pictures from your computer to an article... pictures like this one here:

Now, I've saved this guy as a thumbnail.

But I could also have dragged the full size image.  In fact I did that in a second step so I could grab the URL for it then I hooked that URL to the link for the thumbnail.

Also of interest is the "drop files" aspect.

I can't be the only one who's thought that the built-in fonts are nice but might not work for a given application.  In this case, I was workign to create a grunge, hand-sketched sort of look.  I needed a typewriter font.

With a bit of googling I found an appropriate opensource font with valid licensing terms.

Now, let me stop here a moment and go over that... with valid licensing terms.  Specifically, that means you must be licensed to use the font on a server not simply your desktop!

Now, let's assume you are clean on licensing. In my case the license simply stated that I couldn't sell the font so I'm good to go.  But the next problem was getting the truetype font on my system into some sort of usable format for the web.  This is known as a webfont and despair not because fontsquirrel has the answer for you.  There, you can upload a font or fonts and generate a webfont kit all set to go... almost.

Getting the joomla editor to match the front end

Well this one had me stumped for quite a bit.  I tried several different editors and all of them were totally willing to ignore the content styling from the front-end.  This sounds like a minor issue but with a dark background and light text it could become problematic fast.  This solution works, at a minimum, for JCE and probably many other MCE variants.

K2 is a wondrous addition to joomla... but why oh why does it put those item images centered over the articles like that?

Chinese Hackers and you (now not just for the NSA) 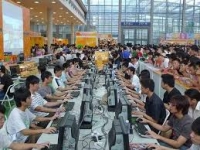 Chinese hackers you say?  What would they want with my itty-bitty web site?

Over the weekend I was working on setting up phpList, a newsletter program, for Victoria AM Association.  The problem for them was communication to members and friends.  The largest mail list they have was about 650 names and tools like Shaw webmail don't allow a single send of that size.  Shaw's SMTP servers also disallow such mass mailings.